Born To Plan
From an early age, Mike Hood learned, both through example and by necessity, the value of planning ahead.  When Mike was only six years old, he and his family moved from the Los Angeles area to San Diego. Mike’s dad had enlisted in the Navy after graduating from UCLA Medical School and later opened his own medical practice in Pacific Beach.

As the oldest child with two younger sisters, Mike’s role of leader and planner came naturally.  Whether it was planning family vacations or other activities, he was always the one doing the research, suggesting the agenda, or thinking of all the ‘‘what if’s’’. It’s no surprise then that Mike ended up as a Financial Adviser, helping families plan for life’s contingencies.

But as is often the case, most things in life don’t always go as planned….

Shortly after Mike graduated from Mission Bay High School, his dad lost his medical practice due to an unexpected illness, and was placed on a permanent disability.  Mike’s stay at home mom began to work part time to help out financially and fortunately, a truly devastating situation was avoided because of his dad’s forethought and planning.

“Dad understood and believed in the value of planning ahead and managing risk. This, along with the services of a conscientious Financial Adviser, allowed our family to maintain our lifestyle and keep us together financially.”  It was during this time, that Mike developed his early work ethic by waking up at 4:30am every morning to open the local McDonalds after earning money playing drums in a band at night.  This allowed him to contribute towards the household finances, pay some of the bills, and take on other family responsibilities.

Later, after completing two years of voluntary missionary service for his church, Mike returned home to begin the next chapter of his life. While he was away however, his parents had divorced, sold the family home, and moved out of the area. Wanting to stay in San Diego but having limited means and nowhere to live, Mike moved into a small studio apartment with a friend.

Quick To Commit
What added to this challenge was, just two weeks after his return, Mike proposed to a girl name Beverly Dunn from Orange County, whom he met through letter writing while serving his mission in Denmark. Amazingly, despite having no car, no family support in town or financial help, and no job (other than the promise of his manager position he previously held at McDonald’s) she said yes! Mike’s career choice would soon prove to be very short-lived, as Bev understandably had some serious reservations about her future husband wearing a paper hat to work!

“Bev must have seen some things in me that I couldn’t quite see in myself at that time,” says Mike.  “She had a strong faith and a belief, and still does to this day, that things would always work out.”  After consulting with a career guidance counselor, Mike decided upon a career in banking. “The guy asked me what I liked. I told him, ‘People and money…and not necessarily in that order’, so banking seemed like a good place to start.”  In true, self-made-man bootstraps fashion, and with less than a few months before getting married, Mike borrowed a bike from a friend to ride up and down Garnet Ave in Pacific Beach to apply for a job.

He was quickly hired as a part time teller at a local bank. “I was hired mostly because I didn’t have any formal education at the time and the branch manager thought I was hungry enough to be teachable. I was later told that the other reason she hired me was because I was tall and a guy.  The branch only had women working there at that time, and they needed someone tall to change the ceiling light bulbs and possibly protect them from any would be robbers.”

Mike and Bev were married just a week before Christmas in 1982 and they used the proceeds from selling his only asset (his drums) to get into their first apartment.  Because of their modest circumstances and only having one car, Mike walked to work every day for several years.  Those sacrifices, challenging experiences, and the lessons learned working at the bank, were a great training ground and provided a solid foundation to his future business successes.

“I learned the value of customer service and the importance of working as part of a team. I also learned how to balance a checkbook, something I really enjoyed doing for our customers!”

Faith To Act
After a few years, Mike felt like there was something missing.  His ambition, drive, and natural talents felt restricted. Early in their marriage, Mike and Bev had agreed that when the time came she would quit her job and be a stay at home mom to help raise their children. They knew this would change a lot of things financially, so Mike started looking for other opportunities. Just before their first child was born in 1986, he took yet another leap of faith and quit his job at the bank to become a Financial Adviser.

“I often think back to when I was that naïve, optimistic, and soon-to-be first-time father.  I can’t believe what guts I must have had to quit a secure salaried position and begin a career as a self-employed Financial Adviser, knowing my wife would not be returning to the work force again!”

“It’s ironic that the very industry that saved my family’s financial life growing up has not only provided my family today with a livelihood, but has also led to many of my clients’ families to benefit from the type of planning my dad instilled in me many years ago.”

Tragically, Mike’s dad passed away unexpectedly in 1995 when he was only 60. “One of my biggest disappointments is that he isn’t here to see all that I’ve accomplished.  I’d like to think that he would be proud of the many professional designations I’ve earned, the successful business I’ve built, and the integrity with which I did it- but most important, the man I’ve become.”

Today, the Hood Financial story and legacy continues. The rich heritage, values, and lessons learned over all these years are at the forefront of everything Mike does every day for his clients.

“While earning a living for my family is important, even more satisfying to me are all the people I’ve been able to help along the way.  I love making a positive difference in my clients’ lives and improving their financial situation.  This is my passion, my mission, and my life’s work.”

Mike and Bev have three adult children- all who live nearby- and two of whom work in the business.  Having two grandchildren (so far) has added to the happy mix and makes life complete for them.  With well over 30 years of service to his clients, Mike looks back with great satisfaction, and looks forward to an even brighter future.  At Hood Financial, nothing is more important than keeping families together.  You can count on Mike and his family to always be there for you and yours. 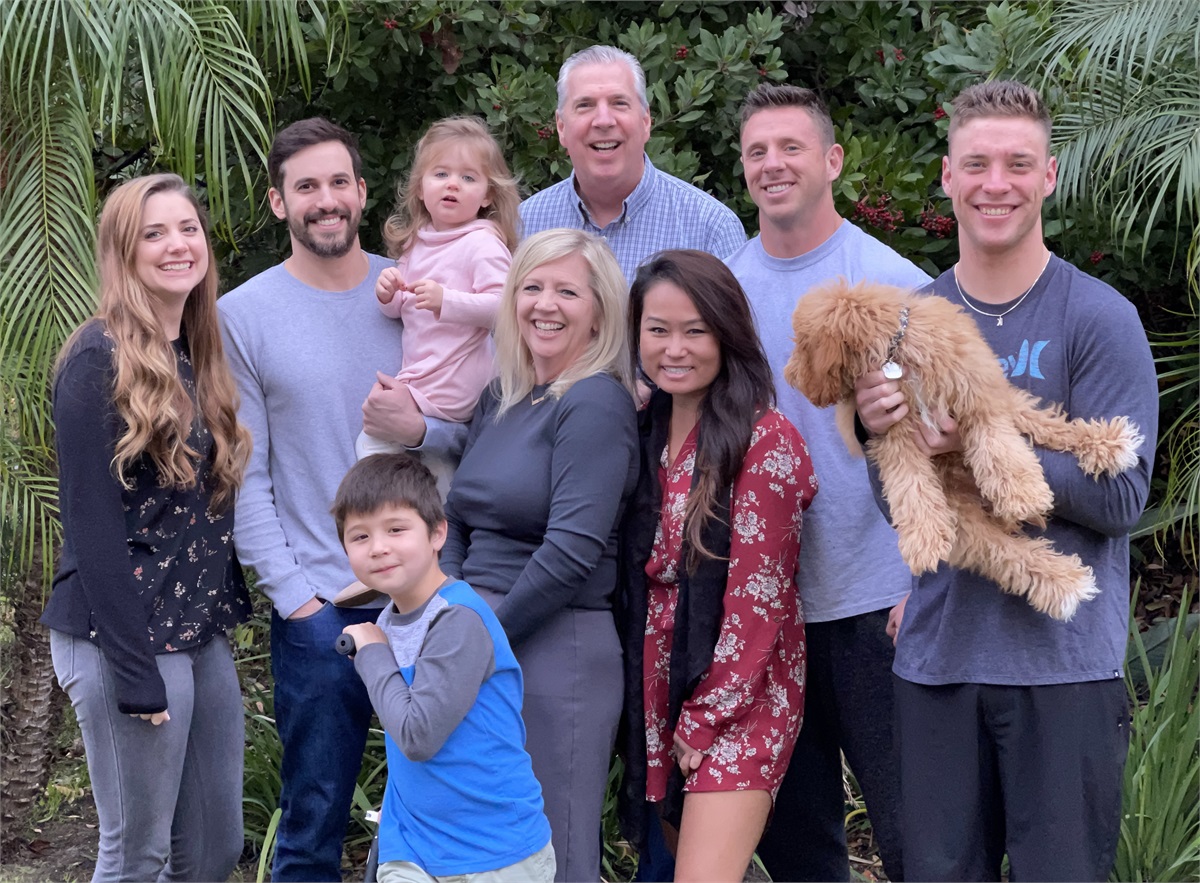