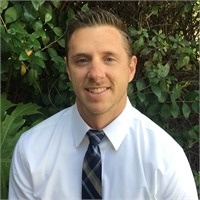 Brian was born and raised in San Diego and is the oldest of three children. Growing up near the beach, his passion for an active lifestyle took form. His father taught him to surf and encouraged ocean activities at an early age. He also inherited his musical talent from his dad and enjoys playing drums and guitar. Shortly after graduating from Rancho Bernardo High School, his passion for service started early by serving a two year church mission in Wisconsin to the Hmong refugees living there, becoming fluent in the language while doing community service. After returning from his mission, he studied Aviation Science at The University of Utah in Provo. While there, he earned his pilot’s license and honed technical skills useful to him later.

Upon returning home to San Diego, Brian got married and began his career at JP Morgan Chase. Starting as an entry level banker, he found quick success there, being promoted many times, and eventually became a Registered Securities Representative for the Private Client bank.

“Of all the learning opportunities I had at the bank, the biggest one was realizing how I could serve clients even better by having more freedom with an independent platform and the flexibility to offer them the best solutions.”

The time was right for Brian to join the family business at Hood Financial. Clients now benefit from the additional wealth of experience he brings. He is excited to now be a part of the legacy his father has created and appreciates the long-term relationships Mike has with clients.

With the added flexibility and schedule he now enjoys, Brian has been able to continue his passion for service and an active lifestyle by becoming a Firefighter/EMT for the San Diego County Fire Authority. When he’s not saving lives physically, he’s helping to save the financial lives of our clients by helping them avoid the most common retirement planning mistakes.

He enjoys just about every sport and hobby imaginable, as well as spending time with his wife, Xia and son, Andrew, teaching him Brazilian jiu jitsu and taking his family the beach as often as he can.